First of all, welcome back. I'm glad you all kept your subscriptions active while I was off doing important work as an agent of Her Majesty, and definitely not lying on the couch eating gravy flavored potato chips and watching Star Trek Voyager. Now, to business.


I have to admit, I know context might play a role in how I view these movies. After all, I am seeing them in the context of other movies, and might not that affect my perception? Would I have disliked Pocahontas as much as I did if it wasn’t surrounded by wonderful classics? Would I have loved The Great Mouse Detective as much as I did if it wasn’t recovering from a surge of mediocrities? Yes to both, I am unimpeachably objective. But what if I were to see a movie that I could clearly tell was bad, but I wound up kind of liking it? And not in the “Nutcracker” way, where I give it a tepid recommendation because it does some stuff okay. In the way that it does no stuff okay, but I keep finding myself enjoying it. Can this be explained by the other movies I’ve seen around the same time? Well, this is a special case, so I’ll be doing my first out-of-format review in a while. Let’s get into it.RED TIES!BUG EYES!A COMMENT-WORTHY LACK OF RESPECT! 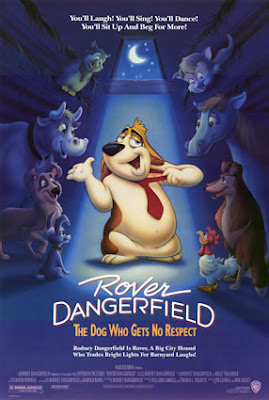 So why is the issue of context weighing so heavily on my head with this movie? Well, it’s partly because I’m in a sea of real garbage right now, and I’m not sure when it will end. (This is figurative garbage, as in bad movies, not literal garbage, as in gravy flavored potato chip bags. I throw those out. I mean I don't eat them.) But on a more direct level, it’s because of Movie Day. I watch a lot of movies, whether for this blog, or just for the hell of it. And every few months, I have a Movie Day, where I take a day to relax and watch movies literally from the moment I wake up to the moment I go to sleep, and it’s got to be movies that I haven’t seen, or at least haven’t rewatched in over a decade. The schedule for Movie Day, Friday June 27 was: Date Night (2010, dir. Shawn Levy, perf. Tina Fey, Steve Carrell)
Paddington (2014, dir. Paul King, perf. Ben Whishaw, Hugh Bonneville, Nicole Kidman)
Inside Out (2015, dir. Pete Docter, perf. Amy Poehler, Phyllis Smith)
The Avengers (1998, dir. Jeremiah Chechik, perf. Ralph Feinnes, Uma Thurman, Sean Connery)
Lola Rennt (1998, dir. Tom Twyker, perf. Franka Potente)
The Bandit of Sherwood Forest (1946, dir. George Sherman, Henry Levin, perf. Cornel Wilde)
Spawn (1997, dir. Mark A.Z. Dippé, perf. Michael Jai White, Martin Sheen, John Leguizamo)
Rover Dangerfield (1991, dir. James L. George, Bob Seeley, perf. Rodney Dangerfield)
The Phantom (1996, dir. Simon Wincer, perf. Billy Zane, Treat Williams, Kristy Swanson)

As you can see, a diverse mix of the good, the bad, and the cheesy, with a weirdly strong showing for the mid-late 90s. So instead of a typical review of Rover Dangerfield, I’m going to see how these other movies may have affected my perception of it.

First off, if you were concerned at how I fit into one day the large number of movies on that list, I actually watched this one the night before. So. Okay, let’s see. Date Night is an action comedy with romance elements, and Rover Dangerfield is a comedy with elements of action and romance. Good start. Both played to the strengths of their leads, but while the strengths of Tina Fey and Steve Carell are “out-of-their-depth average folks, Rodney Dangerfield is anything but. Everything about him was for a very specific character. While you could take Fey and Carell’s iconic characters, make Liz Lemon a little more put together and less nerdy, make Michael Scott a little more competent and intelligent, and more or less get the Date Night couple, Rodney Dangerfield can’t be altered. His standup, his movies, his writing, it was all in a very narrow and very exaggerated character. And it worked. The entire premise of this movie is “Rodney Dangerfield is a dog”. And that’s all they need, really. I think the key was that this was not just a studio sticking Rodney into a kid’s flick. This was entirely a Rodney project start to finish, producing, writing, and directing. The strong sense of his character probably papered over some of the movie’s considerable flaws.

First of all, see this movie. It was unceremoniously dumped in American theaters in the dead period of January, and I have no idea why. It is an absolutely wonderful family film. It’s also very episodic. Paddington does this, he does that, he does a third thing, hilarity ensues. Rover Dangerfield works in much the same way. Rover is in Vegas, he’s on a farm, now it’s Christmas, etc. Both movies have a rather shallow villain tying the whole thing together and to add a bit of peril at the end, as kids’ movies often do, but both villains worked fairly well. So from a basic “kids’ movie construction” level, it comes off fairly well.INSIDE OUT

Now this movie, on the other hand, throws one of Rover’s major flaws into sharp relief. I don’t want to spoil, since Inside Out is still relatively new and some of you might be slackers, but we all know Pixar are the champions at making movies that adults and kids can appreciate equally. Rover has a real problem with that. Early in the movie, I realized that they were going for an adult audience, which surprised me, especially since most animation for adults, especially in 1991, is complete garbage. But then a long bit started that was transparently intended for kids. And so it went, back and forth. It’s all one or the other with this movie. Wikipedia says it was originally conceived as an R-rated film, but Warner made them change it when they started providing funding, and I’m wondering how far they were into production when that started. I don’t know if they tried and failed for a “works for kids and parents” approach, or if they just did a lousy job reworking the script for kids, but the tone is all over the place, and that’s the movie’s biggest problem.

The Avengers is a horrible, incompetent movie made by talented people that leans too heavily on the charisma of its stars while not giving them much in the way of direction or script, yet contains several good moments that I’m not certain whether they were intentional, or the result of some sort of Springtime for Hitler style accidental competence. I’ll leave you to figure out how that applies to Rover.


This is about a woman who has to get a large amount of money to her boyfriend, a petty criminal, before he is killed by his bosses. The film shows her running to find him three times, each time has her run slightly off by a couple of seconds, resulting in major “for want of a nail” changes to her situation. We also frequently flash into the futures of people she encounters, showing how their lives progressed for better or for worse. This is like Rover Dangerfield because... I got nothing. It’s good, though, you should see it.

THE BANDIT OF SHERWOOD FOREST


This is a terrible movie about Robin Hood’s asshole son and what a jerk he is. Zero stars. It just goes to show that people have been making cheap, shoddy knockoffs as kids’ entertainment for decades, so can I just appreciate that Rover Dangerfield is an original story? It uses some well-worn tropes, but tends to do something fun with them, and really owns them. Even the songs seem natural, even if they are pretty obviously plopped in because it's a cartoon, and cartoons have songs. But Rodney's got a surprisingly good voice, and they take the trope and have fun with it. So considering that they could have easily made "Rodney Hood" or given us yet another fairy tale adaptation, I give them credit for an original story.


Spawn is a movie I loved 15 years ago, and it’s often a good thing to remember what you were like in the past, so I can now way that half a lifetime ago, I must have been a huge idiot. Not only does this film contain an incoherent plot, absurd and thinly drawn characters, and a performance by noted charisma sink D.B. Sweeney, it also contained an astonishing and unnecessary amount of grossout humor, as delivered by Violator, a gross little clown demon played by John Leguizamo in an unconvincing fat suit. Every time he ate a maggoty pizza, or showed off his skidmarked underpants, or farted green smoke, I experienced a mix of revulsion, bafflement, and embarrassment on behalf of the performers. I only felt that once watching this movie, but rather than describe it, I’ll let you see it. Follow this link for something someone thought was a good idea.


The Phantom was a really fun old-timey adventure movie that I must watch again because I kept falling asleep while it was on. Nothing against the movie, it’s just that I’d been watching movies literally all day and had come over a bit nappish.

So please bear my state of mind in your head when I tell you I did not hate Rover Dangerfield. I mean, it wasn't good, and it was frequently baffling, but I kept finding myself enjoying it as I watched it. I wouldn't say to go out of your way to see it. I went out of my way. This was not available from Netflix either streaming or as a disc, and no one had bothered to pirate it, which I admit I sometimes turn to for otherwise unavailable things. So I had to rent it on iTunes, making this the first non-theatrical movie I've paid money specifically for in order to review here. I don't feel like I wasted my money, for what it's worth, but there are better things you can do with three bucks. But hey, if you come across it on TV, or for a dollar at a yard sale, go for it.