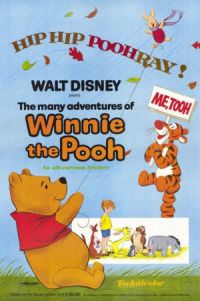 Read more »
Posted by Brian Lynch at 7:58 AM No comments: 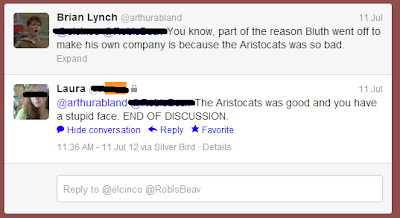 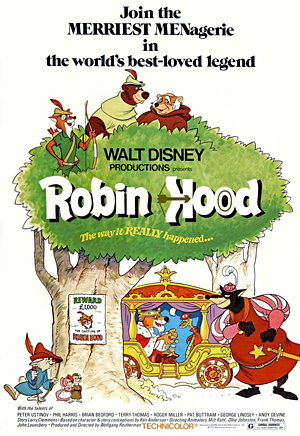 
Once again, this is the last movie Walt worked on, but unlike last time, his personal input was very limited. More or less, he approved the concept and then died. And it really shows. This movie is a crazy mess, and not very enjoyable to watch. Thing is, I really thought this would be an uncontroversial opinion. But when I took it to Twitter, I was more than a little surprised with the reaction.

But it wasn’t just my brother’s secret internet girlfriend that felt that way. While her opinion was the most vociferous, there were several who agreed with her. And I seriously don’t understand it. This movie is so self-evidently the product of a freefall in the company due to the death of its beloved figurehead that I was sure even a child would see it. Well, I’m no stranger to controversy (My dissenting opinion on Alice in Wonderland is the most viewed entry here by a long shot,) so let’s get into it. Catty? So am I. So get yourself some Fancy Feast avec Meow Mix, and let’s talk about The Aristocats. 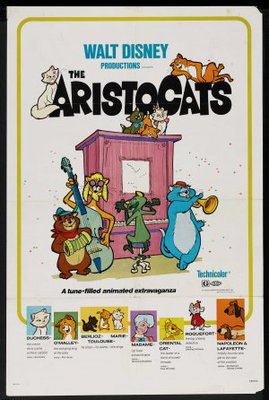 The film concerns four cats, Duchess and her three kittens, who are owned by a doting old Parisian woman. So fond of her cats is she that she’s leaving all her money to them, in care of her loyal butler Edgar, who will inherit once they die. Edgar, who I guess is too stupid to realize that he will basically be inheriting the money and taking care of the cats like he already does anyway, decides to drive them out to the country and abandon them or drown them or something. He is attacked by dogs and loses track of the cats, who try to find their way back to Paris, with the help of a rough alley cat, two geese who don’t really do much of anything, and a polyethnic jazz ensemble. Then Edgar gets mailed to Abu Dhabi or something.


The characters are barely worth mentioning. Edgar is probably the most interesting, despite his abrupt and rather pointless turn to evil. His design is really good, and he’s well-acted by surrealist comedian Roddy Maude-Roxby. As for everyone else… Meh. Most of the actors who are any good are better in other Disney movies. Even the usually-reliable Sterling Holloway is really phoning it in as their mouse friend. Likewise Pat Buttram and George Lindsey, who will be giving us several fine performances in films to come, are perfunctory as two hillbilly dogs. Phil Harris makes a game attempt as Thomas O’Malley the alley cat, but the character is no more than a retread of Baloo, down to the song about his laid-back lifestyle and an over-solid design that looks more like a bear than a cat. Duchess is played by Eva Gabor, with all her trademark warmth and class, but also with a Hungarian accent that really calls into focus the fact that no one in this movie sounds French. I mean, we’re culturally conditioned to ignore American and British accents in something taking place in Foreign Lands, if they’re speaking English. Translation convention and all that. But it gets weird when you put in things like a non-English-speaking accent, characters with British accents who are explicitly identified as British (the geese) interacting with French characters with British accents (Edgar, one of the kittens, the horse), and most of all, Scat Cat and his band.

Scat Cat is O’Malley’s jazz-playing friend, voiced by Scatman Crothers. (Get it? Seriously though, I love lame puns, so I‘m fine with this.) He does fine, of course. He’s a damn good jazz musician and voice actor, so it’s no surprise. But if I wanted to hear him acting in a lousy animal thing, I’d just watch Hong Kong Phooey. His band consists of Italian Cat (Vito Scotti) on a mostly inaudible concertina, Russian Cat (Thurl Ravenscroft) on bass, English Cat (Lord Tim Jones) on guitar, and Chinese Cat (Paul Winchell) on drums or piano. A minor nitpick is that the drums and piano are often heard at the same time and the concertina not at all, so it would make more sense for Italian Cat to play one of those. A major nitpick is CHINESE CAT WHAT THE HELL.

If you’ll notice the names of the actors, you’ll see Crothers and Jones are of the appropriate nationalities for their cats; Scotti is American, but was raised in Italy by Italian parents; and Ravenscroft is at least WHITE. And all of those guys are Class 3 minority characters. Their nationality just adds a bit of interesting color to extremely minor characters. But Chinese cat, holy roar… He’s got the buck teeth, L-R confusion, wears a cymbal like a cone hat, and his contribution to the song about how great it is to be a cat is to play the piano with CHOPSTICKS and sing “Shanghai, Hong Kong, Egg foo yung! / Fortune cookie always wrong!” And he keeps getting highlighted and it’s really weird and off-putting. Class 1, all the way.

Speaking of the songs, they’re once again written by multiple songwriting teams, and are generally pretty dire.

WRONG, Laura. The only good one is one you didn’t mention, the title song. While I’ve long been opposed, or at least indifferent to the “Title song sung over the opening credits” thing Disney used to do a lot, this one is nice and lively and makes up for its traditionally horrible lyrics by being sung by Maurice Chevalier, who is awesome.

Less awesome (SEGUE!) Is the animation. While the Jungle Book used the sketchy nature of xerography to great effect, here it just looks sloppy and unfinished. Loose guide lines appear all over the place, with even the face lines they use for eye placement flickering in and out of view. The cat animation is all over the place, too, with the cats randomly going back and forth between completely catlike and practically anthropomorphic. I’m not expecting Lady and the Tramp verisimilitude here, but they shouldn’t just randomly grow thumbs when convenient.

So yeah, the first attempt without Walt basically turned into a train wreck, but it’s best to get that out of their system. Hopefully next one does better.

* This is the only Disney film I know of that received a glowing review in Entertainment Weekly from Snoop Dogg, back when he was Snoop Doggy Dogg. Much has been theorized about his reason for his recent name change to Snoop Lion, with most assuming it’s a reference to the Lion of Judah. I think it’s because he likes cat movies. Even he hated the lyrics, though.

* This is the first Disney movie I saw in theaters, in a 1987 rerelease. I didn't mention it because while I am dimly aware of the fact, I have literally no memory of it, what with being 3 years old at the time.

* That’s it. I don’t want to think about this one any more, additionally or otherwise. Play me off, Chinese Cat.


And now we come to the movie that, in a way, was Walt Disney’s last. Of course, in a way, the previous one was his last, and in a way, so is the next. And so is the one two after that one. You know what? It’s hard to come up with these intros, so cut me some slack. Anyway, this was the final one Walt worked on personally, and though he didn’t live to see its completion, his spirit lives on in his animation staff, his classic voice actors, and his specific request that the filmmakers not read the book. आप इस पढ़ने में परेशानी हो रही है? So am I. So go pick a pawpaw or a prickly pear (Both of which are found only in America, and not at all in India, so I don’t know why Baloo sings about them,) and let’s talk about the Jungle Book. 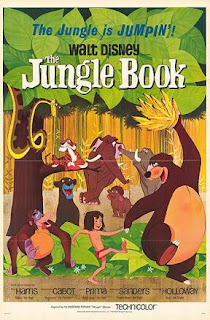