Hunchback was a contentious movie, but while it didn’t reach the heights of their earlier renaissance work, it did get noticeably better reviews than Pocahontas. It made slightly less money, but the critical goodwill was back, and since their next feature was a lighthearted comedy in a historically themed legendary setting, from the directors of Aladdin. So they must have felt a bit more confident going in, despite Greek mythology being about as suitable for a family film as the colonization of America or a Victor Hugo novel. Was their confidence well placed? Or would this be the one that snapped their more tenuous success? Feeling heroic? So am I. So get some nectar and ambrosia, and let’s talk about Hercules. 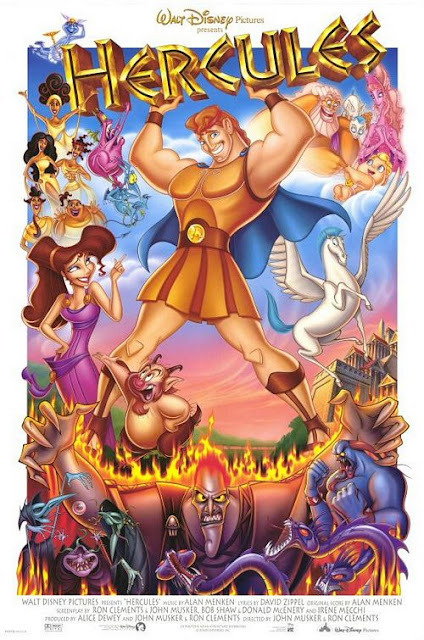 
Pocahontas may have made big bank, but it was a critical disaster, and the box office and merchandising receipts, while quite good, were pathetic compared to the Lion King. In the past when Disney’s taken a drubbing, they’ve retreated into their comfort zone and made a few easy successes before getting ambitious again. But that was back in the day when they’d make one movie at a time. These days they start a few years in advance, and before this came out, they must have been sweating bullets. Their sensitive epic romance inexplicably based on a violent and depressing era of history had failed them. How would their dark, mature drama based on a 500,000-word French Gothic novel do? Nervous? So were they. So something something French food and let’s talk about The Hunchback of Notre Dame. 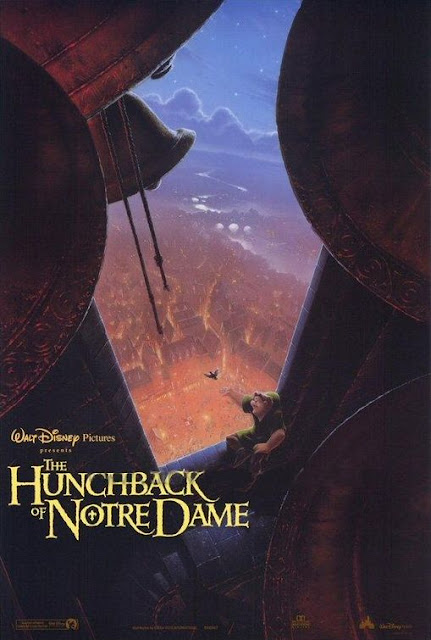 Read more »
Posted by Brian Lynch at 7:54 PM No comments:


Man, oh, man. We have seen Disney flying high before, but never this high or this consistently. Did the Lion King make money? Try highest-grossing animated film of all time. And while box office records like that don’t mean much unless adjusted for inflation, it’s still remarkably impressive that it held that record until Toy Story 3 came along to unseat it with the benefit of a higher base ticket price, a 3D price bump, AND being the last entry in a beloved series. In 1994, the merchandise alone for The Lion King netted them a FREAKING BILLION DOLLARS.

So they felt bulletproof at this point, and they were sure their latest work would go even higher. And they went all-out on this one. From the moment they announced the project - a sweeping romantic epic inspired by the real-life story of Pocahontas and John Smith - they were on a non-stop binge of promotion, merchandising, and advertising. Feature articles, fast-food tie-ins, a primetime network making-of special that I remember as oddly defensive about the movie’s historical accuracy, you name it. And it all culminated in the biggest movie premiere of all time, an open-air event in New York’s Central Park with about 100,000 people in attendance. And what did those people see? Did they see something that lived up to the hype and the past expectations? Or did they witness a movie that collapsed under its own ambition and sullied the studio’s goodwill like so much Cars 2? Can you paint with all the colors of the wind? Does that even make sense? No it doesn’t. So dig some ship’s biscuits out of the barrel and let’s talk about Pocahontas. 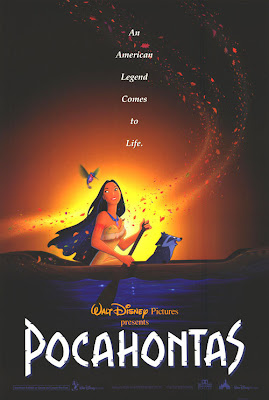 Read more »
Posted by Brian Lynch at 9:08 AM No comments:


Happy New Year! That’s… not really an accomplishment? Well, I said I’d do one movie a week, and I’ve done greater than one every two weeks. If you know my usual schedule, that’s a hell of an achievement. So what are we up to now?

Oh boy, it’s Beauty and the Beast all over again. Look, you all know this one, right? You’ve all seen it? You know it’s very good. Great. Let’s move on to Pocahontas. I got a lot to complain about there. Ahhhh, I can’t do that. And I can’t do another Q&A so soon after the last one. I guess I’ll actually have to find things to talk about. So yeah, Disney was riding a wave of unprecedented consistent critical and commercial success, and as we’ve seen, they like to flex themselves creatively when they’re doing well. But this time, they’ve just been doing variations on an extremely lucrative formula. How to deviate from such a profitable norm while still keeping all the aspects people loved about it? Well, a cast of animals seems like a good start. Are you a crepuscular large feline predator found primarily in sub-Saharan Africa? So am I. So kill yourself an antelope, and let’s talk about The Lion King