All right, Disney is back! Princesses! 2D animation! Musical numbers! It’s all just like it used to be! Aren’t you excited? OF COURSE YOU ARE! THIS IS EXACTLY WHAT YOU WANT!!!!

That was my impersonation of the marketing for this movie. So the movie kind of set itself up to be a disappointment for a lot of people. I remember when it came out, the prevailing opinion was “Well, it’s good. But it’s not Beauty and the Beast”. Nor should it have been. Really, there was no reason to expect it to. Part of the reason Beauty and the Beast and Aladdin and the Lion King and the films surrounding them were so good was that they were a surprise. They weren’t an attempt to revive an older era, and to the minor extent they were trying to bring back the ‘50s, the audiences and critics that went to the theaters for those weren’t the same ones going to the theaters 40 years later. But this was not only a very direct “Hey, remember the 90s” move, but only 20 years at the most and a VASTLY increased home media presence made the Disney Renaissance far more recent to 2000s kids than the Restoration was to 1990s kids. So not being able to reach those impossibly lofty goals was not a surprise. But now that it’s a few years down the line, how does the film look? Free from the burden of hype, does it look better? Or without the magic of anticipation, does it falter and fade even more noticeably? So stir up a pot of gumbo, and let’s talk about The Princess and the Frog. 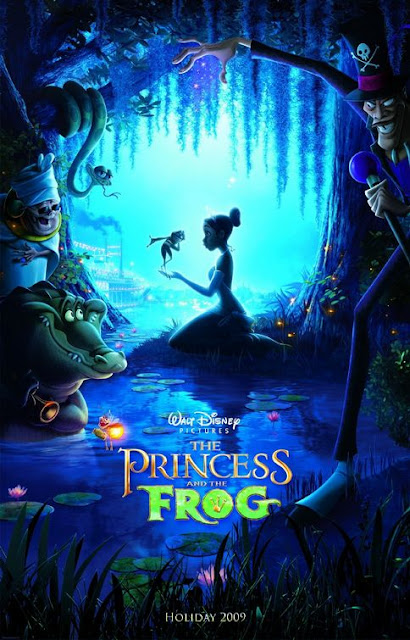 
Quick note to followers and folks who just find this blog via the Googly: I started a very time-intensive two month job shortly after the last review was posted, and have had little time for else. But it's about to wrap up, and the final three reviews, end-of-project best/worst lists, and start of volume 2 are all coming very soon!
Posted by Brian Lynch at 11:34 PM No comments: