First of all, hi, how are you, how’s the family, you look great. 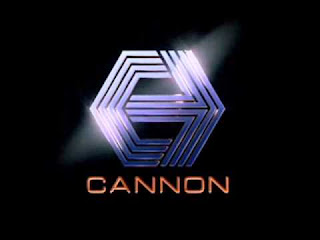 The Cannon Group, for those who are unaware, is a film studio that were the reigning masters of B-movies in the 1980s. Over the course of their existence, they, as Wikipedia puts it, “produced a distinctive line of low-to medium-budget films” as well as extensive international investment and moving early and aggressively into the home video market. While they were founded in 1967, they remained a fairly earnest small studio for just over a decade, until they were purchased in 1979 by Israeli businessmen, cousins, and James Bond villains Menaheim Golan and Yoram Globus.

Golan and Globus, flush with the money Cobra Commander gave them for fighting G.I. Joe, immediately converted the small studio into an action movie grindhouse, because America had VCRs and America was THARSTY for cheap jingoism and explosions. With this strong market and an in-house star with Chuck Norris, Cannon expanded to making comedies, period pieces, sci-fi, fantasy, and even the occasional half-hearted stab at a prestige pic. They even snagged a best foreign film Oscar for The Assault, and were lauded by no less an authority than Roger Ebert for being, if not the highest quality film studio, certainly the one most likely to actually take a damn chance on something.

The downfall of Cannon is fascinating, a rambling tale of overreaching, overpromoting, and even attempting to live up to their supervillain names by taking on Spider-Man (unsuccessfully), Captain America (Golan eventually produced a direct to video disaster), and Superman (Successfully vanquished with The Quest For Peace, the film that started the studio’s slow demise). But now’s not the time for that. Now’s the time to talk about one of those aforementioned chances: Cannon Movie Tales. 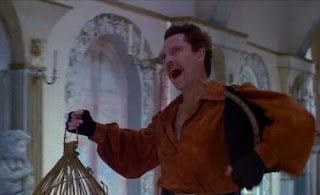 See, for all their various inroads into underserved genres, the one they hadn’t yet cracked was the kiddie market. But as some of their international video releases were showing them, this market may be even more lucrative AND less discerning than the action flicks. So the time was right to do kids’ movies in the traditional Cannon fashion: Fast and sloppy. The formula was simple:

1 - Crank out a script based on a classic fairy tale, preferably one that Disney hasn’t already done.

2 - Drag a net through Hollywoo and London to see who wants a quick paycheck.

3 - Fill the rest of the cast with Israeli extras who will be hilariously dubbed by Americans later.

So let’s dig into this series with one of their most famous outings.

THESE BOOTS ARE MADE FOR WALKEN! 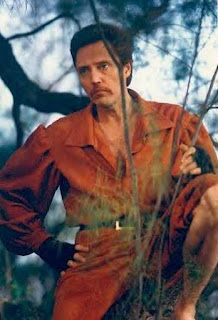 Puss in Boots, a rather generically european tale most famous for its French incarnation, by the legendary Charles Perrault. In it, a miller’s son is given as his only inheritance, a cat. This cat can talk, which doesn’t really seem to shake anyone as much as it should. It asks him for a pair of boots, for no reason other than to give the illustrators something snappy to draw, and sets about convincing everyone his poor owner is “The Marquis of Carabas”, CEO of the popular restaurant chain. This all works much better than it should.

So here we run into a very odd feature of the Cannon Movie Tales: While the scripts are very bad, they tend to make very good choices in expanding the stories to feature length, and this one is particularly good. The cat asks for boots because when he wears them, he turns into a human. So now all of his miscellaneous trickery is a lot easier to buy, because you’re not wondering why everyone who meets him isn’t going “HOLY CRAP, A TALKING CAT!” So, as a result, most of the padding in this movie is just done by stretching out that trickery, which mostly works. 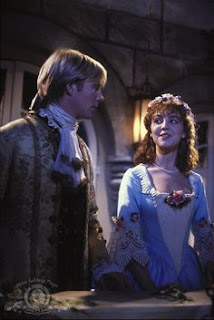 As I said, all of these movies have at least one star that makes you say “Wait, really?”and it’s for just that reason that this one is so Internet Famous. Because Puss, in his human aspect, is played by none other than Christopher Walken. Walken clearly has a blast with the role, and uses his natural charm and dancing ability to be pretty much the only thing the flick has going for it. This is especially notable in the dance sequences. It couldn’t be clearer that the film had no choreographer to speak of, and while Walken can excellently improvise some soft shoe with the best of them, it gets really messy. He’s the only actor of note in this film, but fans of Robin Hood may recognize Sean Connery’s towheaded idiot son Jason, who plays the miller’s son with his usual blonde gormlessness.

The strangest thing of all the Cannon Tales is that I actually genuinely like them. Oh, they aren’t good, don’t mistake me, but there’s something so pleasant about their enthusiasm, and while the stars may be in it for a quick paycheck, they always give it 100%. I don’t know how that happened. There’s just something about Cannon that wins people over in spite of themselves. Next time around, we’ll be looking at the only Cannon Tale that was based on a story Disney had already got to. Spoilers: They... they actually do a better job with it in several categories. We’ll see who comes out on top next Monday! 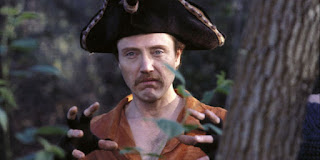