To every light, there is a corresponding darkness. I guess? Maybe? Look, I don't know. That seems pretty accurate. But if I'm making a best songs list, I'm definitely making a worst songs list. This one was a bit tricky, to be honest. The good far outweighs the bad, and every one of these movies had a soundtrack that was at least acceptable. But there were still quite a few that just plain annoyed me, whether through poor quality, annoying singers, or lack of artistic merit. Or all 3. So here's the bottom 13, in chronological order. I'm not supplying all the extra info I did last time, though. I'm not out to shame anybody. Also; kind of lazy. You-Tube links are still provided, if you're some kind of a masochist. 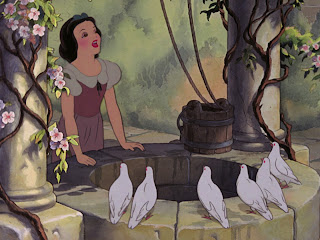 The first song in any Disney movie is, unfortunately, a real hunk of crap. While the Snow White soundtrack had some pretty okay songs, it also had a lot of late-30s operetta garbage, and this one, where Snow White does a duet with her own echo, is among the latter. Andrea Casselotti’s voice is not made for sweet romance, and the plodding pace gets the whole thing off to a bad start. Plus, it's paired with "One Song," which is really just as bad. 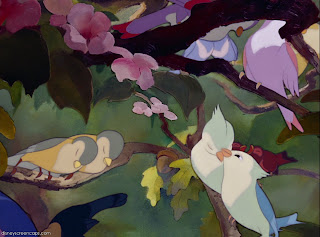 Urrrrgh. Okay, while the sticky-sweet, incredibly bland music performed by the Disney studio singers would be enough to get this on the list anyway, it’s the position of the song in the movie that really solidifies it. It’s RIGHT after Bambi’s mother is killed! She gets shot, his dad turns up, fade out, and then… “TWEET TWEETILY TWEET TWEETILY TWEET TWEETILY LA LA LA LA!” And no, that’s not an approximation of the style. That’s the actual lyrics. 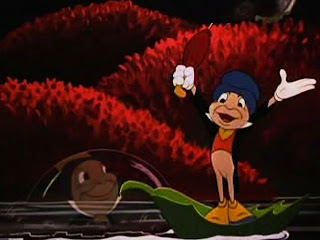 Ah, Jiminy Cricket. How I hate you. But while your “When You Wish Upon A Star” is emblematic of the “vague dreaming song” that I despise, I couldn’t put it on the list. Maybe hearing it as a little musical sting at the start of every one of these movies inoculated me against it. But the same can’t be said for this one, where you strut around telling people to live in a bubble of ignorance because stupid people are happy and smart people are sad. He literally says don't look where you're going. I hope he gets mugged. Or someone throws a hammer at him.


A Dream is a Wish Your Heart Makes 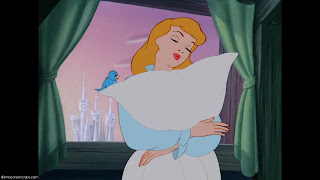 THIS vague dreaming song, on the other hand, doesn’t get a free pass. At least Jiminy was advocating for making an active choice, even if it was something as meaningless as wishing. Cinderella, on the other hand, can only bring herself to hope for better things when she’s unconscious, making no effort at all to improve her life while awake. That’s why I liked the mice’s reprisal so much. THEY WERE DOING SOMETHING ABOUT IT. 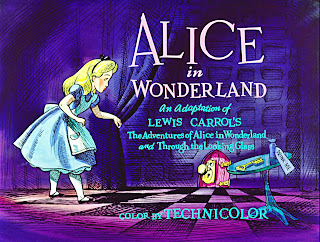 For a loooooong stretch, every movie was beginning with a song that shared the title with the movie. And nearly every one of them was absolutely dire. “Cinderella” was the most annoying, and “The Adventures of Ichabod and Mr. Toad” was the laziest, but the worst in general has to be “Alice in Wonderland”, about which the only positive thing I can say is that it sets you up well for a dreary and insipid film experience. (The best of these songs? “The Aristocats”. Weird, right?)

When I started making this list, I put “What Makes the Red Man Red” on here first thing. But when I thought of the Peter Pan soundtrack, I had to change my vote. As stupid, offensive, and pointless as that song was, at least it was trying. It went to the effort of crafting lyrics and telling a story. This one… YOU CAN FLY YOU CAN FLY YOU CAN FLY YOU CAN FLY YOU CAN FLYYYYYYY! And the opening, which has real lyrics, was awkwardly talk-sung by a cast that can't handle it. Bobby Driscoll sounds really not into it. He might have needed a fix. "Come on, Walt, I gotta get right. Bobby needs his pixie dust."


That’s What Makes the World Go Round 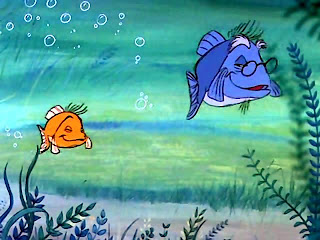 
That’s What Friends are For 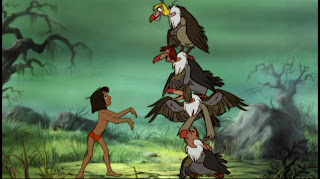 “Hey, Sherman brothers, we couldn’t get the Beatles like we thought, so take that harmony number and rework it into, I don’t know, barbershop or something.” Ugh. Only bad song in the movie. And hey, the YouTube link is introduced by that damn cricket. Only thing that could make it worse. I will admit, Shere Khan helps a bit at the end. By stopping them.


The Journey (Who Will Rescue Me?) 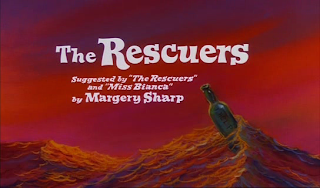 The Rescuers contained a lot of crappy mid-70s easy listening, but this opening song, what with the delusions of grandeur and insipid whining, is my least favorite. I’m not sure if that’s because it was uniquely bad, or because the shock of it immunized me to the rest. But still. 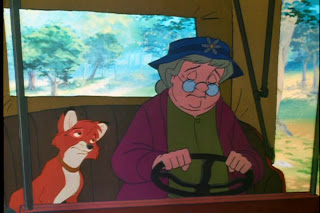 I was rather surprised that I liked The Fox and the Hound as much as I did, given the time period it was released in, plus a few other factors. But holy roar, it did not need to be a musical. While Pearl Bailey got a couple of good tunes out, the soundtrack in general was bottom of the barrel. This gloomy spoken-word piece is a stand-out, though. If there’s going to be crappy songs in the movie, they could at least actually sing them. But nope! Sad old people driving slow and talking! That's what we want in our cartoons. 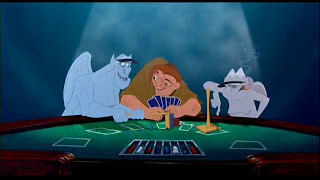 While the Gargoyles were a constant annoyance throughout the entire film, they were never so much as during this song, where they shattered the thin veneer of fourth wall that was keeping them a part of the movie. “What’s this movie about?” this song says, “Trick question! We don’t care! We just think this will give us some nice trailer shots and move some merch!” It’s tonally offensive, it sticks out like a sore thumb, and the lyrics are stupid. Stephen Schwartz does not handle whimsy well.


True To Your Heart 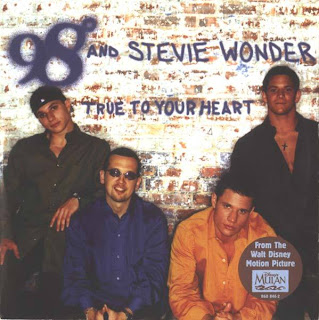 The modern equivalent to Classic Disney’s “opening credits title song” is the “end credits Top 40 attempt”, which began around this point. Like the title songs, they are in almost every film, and almost always lazy and horrible. This one, though, featuring aging icon Stevie Wonder teaming with flash-in-the-pan sensation 98 Degrees, really takes the cake. All the fire of Mulan is lost in pop vagueness that’s barely aspiring for the lowest common denominator. (The best non-Pixar one of these songs is Winnie-the-Pooh’s “So Long”.) Since watching the end credits would be boring, the link is to the music video, where 98 Degrees engages in street harassment, stalking, and cultural objectification, and a lady summons Stevie Wonder from a magic medallion. Just like in the movie.

Heh. In the time between making the list and writing these up, I forgot what this song is. Or more accurately, I forgot the title, which I thought was “Brother Bear”. This is the song that plays when Kenai tells Koda that he was the human who killed Koda’s mother, which would have probably been an interesting scene, and a bright spot in a dull second half, if we were actually hearing them talk instead of hearing the worst song in what was already a pretty lousy soundtrack. Bad Phil Collins! You try harder next time!