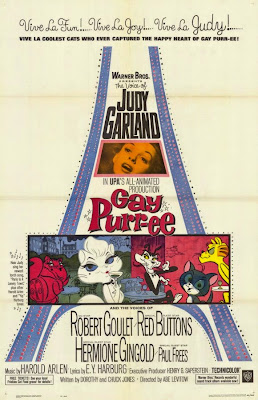 First of all, no one is more surprised than I to learn that The Aristocats was a ripoff. Even more surprising is that anyone would rip this off in the first place, since it’s a complete mess. At least The Aristocats’ plot was a weird story about an inheritance, as opposed to a freaking insane story about grooming a sex slave.


As I mentioned previously, Warner got into the animation game after distributing several animated films for smaller studios, and we’ll be looking at some of those for the next few weeks. Or, knowing my schedule, months. We’ll try to stick to weeks. The first of these comes to us from the pioneering animation studio United Productions of America. UPA was instrumental in developing the production technique of limited animation. While it got a bad reputation after being abused as a cost-saving measure on TV in the 60s and 70s, limited animation began as an artistic response to the detail and realism of Disney and Warner Bros. cartoons. With the exaggerated designs and simplified movements, cartoons like Mr. Magoo and Gerald McBoingBoing were seen as a fresh and modern take on animation, and with good reason.

But what works for a short subject or a TV show does not necessarily work for a feature length film. After a while, it stops looking charming and starts looking cheap. The simplified characters look fine - Chuck Jones produced this, and you can see his influence in the designs - but their simplified and repetitive movements become annoying and the underdeveloped backgrounds become an eyesore. They’re clearly meant to invoke the work of Van Gogh, but they didn’t take into account two things: First, Van Gogh was a genius, and they are cartoon background painters that couldn’t get work at a bigger studio, and second, Van Gogh was not an animator, and his stuff is intended to stand on its own, not to be the background to something else. And once they get out of Provence and into Paris, they suddenly have much less Van Gogh to rip off. I recall thinking that they should switch to Toulouse-Lautrec, but - ah, we’ll get to that.

The plot, such as it is, is simple. Mewsette is a cat who lives out in the country with the mouser Jean-Tom, but grows tired of his boorish ways and runs off to Paris for big city excitement. There, she meets the blatantly predatory Meowrice, who pays her way into a finishing school so she can learn to be refined. What she does not know is that he is only grooming her so he can sell her as a mail-order bride to an American cat named Henry Pftt, the pronunciation of which is one of the only good jokes in the movie. Jean-Tom and his friend Robespierre, who doesn’t get a pun name for some reason, go to find her.


If there’s one thing you notice about this plot - apart from it sounding like some sort of racist 1880s dime novel about a sheikh buying white women - it’s that it’s incredibly thin. Yet the movie is interminable at only 85 minutes. There’s padding like I’ve never seen in this. There’s a LONG section of the movie where Meowrice writes a letter to Pftt describing paintings he commissioned of Mewsette by Van Gogh, Monet, Toulouse-Lautrec, Seurat, Rousseau, Modigliani, Degas, Renoir, Cézanne, Gauguin and Picasso. And if reading that list made your eyes glaze a bit, imagine a movie taking a break from any sort of forward movement to spend several minutes showing you a drawing of a cat in each of their styles. It’s cute for the first three, and then you’re just wondering how long it’ll go on. And he doesn’t just show the pictures, he describes their styles and everything. It would work for an elementary school art class, but not for a scene in a movie. Especially since I have no idea how Meowrice is going to send that letter.

Yeah, my old nemesis “animal world/human world” reared its ugly head again this time around. The cats appear to be subject to humans, yet Meowrice can send letters, hire a horse and carriage, and commission paintings from human painters. The cats sometimes seem human-sized, and sometimes cat-sized. Sometimes a landmark will be given a cat name, like the Mewlon Rouge, sometimes they’ll use the real one. It’s so lazy. At least with things like An American Tail, there was an effort to make a “mouse world”, even if it didn’t make any sense. In this, it’s like they just don’t care.


The voices are a mixed bag. Mewsette is voiced by Judy Garland, and the film is SO EXCITED about that. She’s billed above the title, her photo is on the poster and in the opening credits, they even put her right up front on the DVD. She’s pretty terrible, though. She’s at the end of her career, and near the end of her life, and is pretty audibly pilled out of her mind the whole time. At the opposite end of his career is Robert Goulet as Jean-Tom, who sings well enough, but his acting is pretty flat. Paul Frees does well enough as Meowrice. He’s not trying that hard, but this is the kind of thing he could do in his sleep. He breaks out the ol’ Rocky and Bullwinkle accents to play a few minor parts, too. Red Buttons, Hermione Gingold, and Mel Blanc fill out the cast, and all do an acceptable job with what they’re given.

The music is terrible. Garland pushed for them to hire Hal Arlen and Yip Harburg, who made her a superstar with “Over the Rainbow”. But that was over two decades prior, and either they lost it, or they were seriously phoning it in. There are about 400 songs in this movie, and they’re all about two hours in length and make no sense. And the animators use the singing as an excuse to get imaginative with the visuals, which means two things: Lazier animation, and dumbass “wacky” imagery. It’s awful. And I don’t remember any of them. I have dim memories about how horses are peeping toms or something. 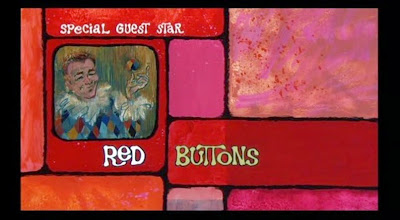 Look, this one is not worth watching. It’s got some brief flashes of what could have been a very entertaining movie, but the UPA style wasn’t up for a feature, and the script was a big heap of nothing. Hopefully we have better luck next time with “Animalympics”. Spoiler: We do not.


* If they were so dead set on impressing me with their art history knowledge, they should know that at the time the movie took place, Seurat and Van Gogh were dead, Modigliani was ten, and Picasso was freaking Spanish.


* If the Mewlon Rouge sounds familiar to you, it’s probably due to the cult classic film of the same name, starring Mewan MacGregor, Nicole Catman, and John Leguizamo The Cat.

* Chuck Jones had an exclusive contract with Warner while moonlighting on this movie (his wife wrote the screenplay), and when they picked it up for distribution, they found out and fired him. And without him, their animation department basically crumbled and died. Worked out okay for him, he went over to MGM, revitalized Tom and Jerry, and won another Oscar.
Posted by The blogger at 5:26 PM